Finório Castigo, Ministry of Economy and Finance of Mozambique, was invited to analyse the impacts of COVID-19 in Mozambique in the current economic affairs programme Semanal Económico on 17 December 2021. Broadcast on 7 January 2022 on TVM, the interview prompted the analyst to elaborate on the economic impact of the pandemic and the mitigation measures adopted by the Mozambique government. 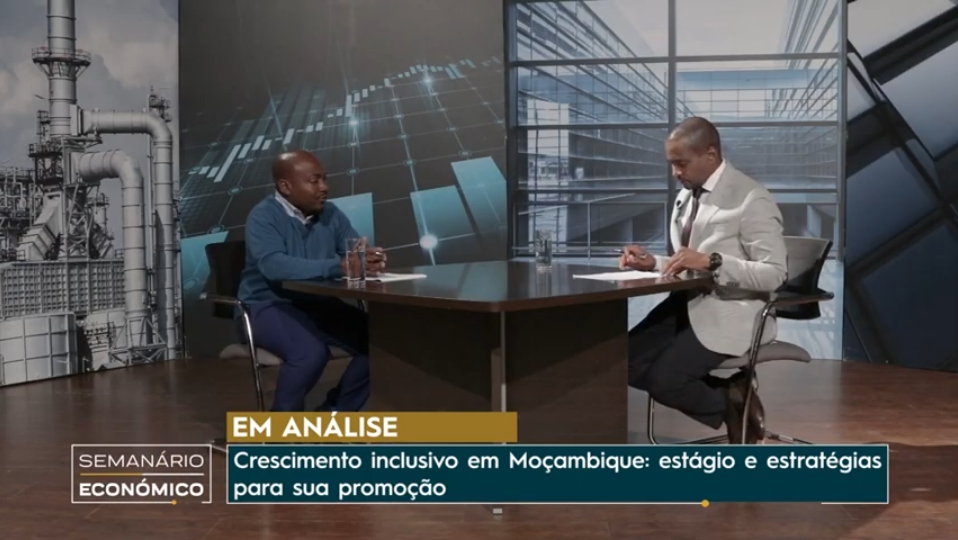 As to measures to counter these negative effects, Finório Castigo explained that the government had adopted various measures that had been implemented internationally, adjusting them to the local context, including economic, fiscal, and monetary support to vulnerable families, the private sector and small-scale agriculture. According to Castigo, the impact of COVID-19 would have been much higher should these measures not have been implemented.

When questioned about the principal conclusions stemming from the studies referred to, Finório Castigo mentioned diversifying the export basket of Mozambique by increasing internal production as a key recommendation. This, in turn, would imply both medium- and long-term investments in road infrastructure and improving the local business environment and value chains, among others. As for households, key measures according to Castigo include stepping up social protection for the most vulnerable families, and investing in education and capacity development in the medium and long term, as well as increasing access to microfinance.